As is typical with each New Mexico Architectural Foundation tour, participants gathered on a crisp Saturday morning in late October. In 2011, the focus was Mid-Century Modern Architecture in Albuquerque.

The tour was informed by Edna Heatherington Bergman’s thesis, The Fate of Architectural Theory in Albuquerque, New Mexico: Buildings of Four Decades, 1920-1960, which provided interesting insight to many of the Duke City’s buildings of that time period.

View a list and a map of many of Albuquerque’s Mid-Century Modern buildings, along with excerpts from Bergman’s thesis. With these tools, you’ll be able to recreate parts of the tour.

Among the 2011 tour stops (comments by Bergman): 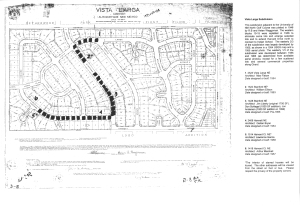