The annual architectural tour on November 2, 2019 was a celebration of the re-launch of the Guide to New Mexico Architecture. Tour participants were able to visit several of the sites in Albuquerque that are featured in the guide.

First developed as a Guide to Albuquerque Architecture, this online resource features important and distinctive architectural sites. The initial 25 sites featured in the Guide are focused on the Albuquerque area and were chosen for their variety as a whole – new and historic, single sites and districts, architect designed and vernacular, complex and simple.

SPECIAL THANKS TO OUR SPONSORS

This year’s tour was organized Audra Bellmore, Associate Professor at UNM’s Center for Southwest Research & Special Collections and curator of the John Gaw Meem Archives of Southwestern Architecture. To share our tour experience, this photo collage captures all the people, places and things that made this tour memorable. Photos were submitted by NMAF members Ken Hartke and Karli Massey.

The day’s events began with a presentation by Rupal Engineer, the principal designer for both El Vado and Monterey projects. Participants learned about how the public-private partnership between the City of Albuquerque’s Metropolitan Redevelopment Agency and Palindrome Communities worked towards their goals of preserving the existing buildings and bringing new life and activity to the property and surrounding area through innovative and adaptive reuse. How the historic buildings were renovated to reactivate an important node in Albuquerque’s on Route 66 and adjacent to the Albuquerque BIOPark. El Vado was 2019 NMAF Award Winner for important historic buildings or sites that have had a lasting effect in bringing together our community.

Get more details from the Guide at https://nmarchitectureguide.org/2019/03/20/el-vado-auto-court/ 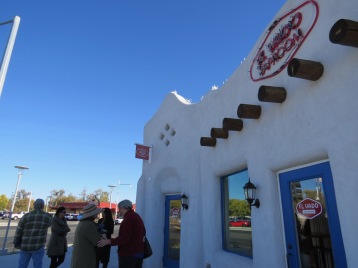 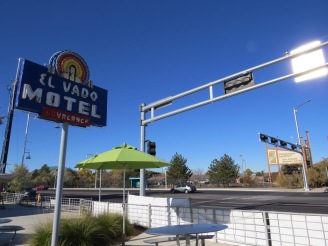 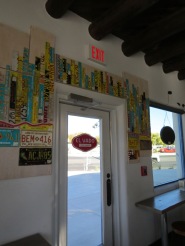 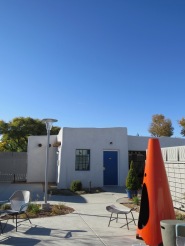 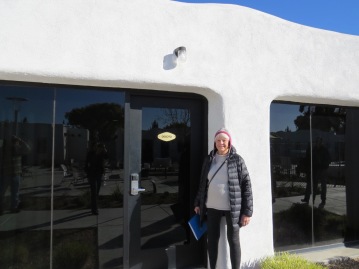 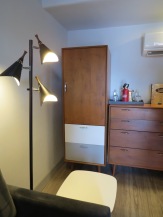 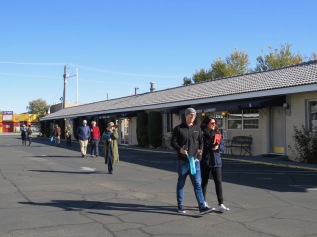 Brothers Ed and Carlos Garcia were host to tour participants, which included a VIP tour of their private collection of cars, tractors and neon signs that are on display in the former Coors distributorship. Tour participants were able to learn about the Garcia Realty Group’s vision for the Glorieta Station live/work/play mixed-use development project. The project will include the Cantina Real restaurant, Golden Age Bottle Shop. Villa Myriam Roasters and Coffee Shop, an entertainment venue, and a public display of neon and lighted signs from along New Mexico’s Route 66. Extending north from the Lobo Rainforest at (Central Ave. and Broadway Blvd.) will be an area for high-tech company establishments. 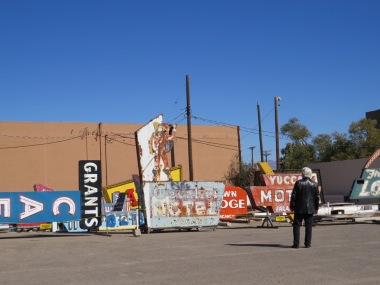 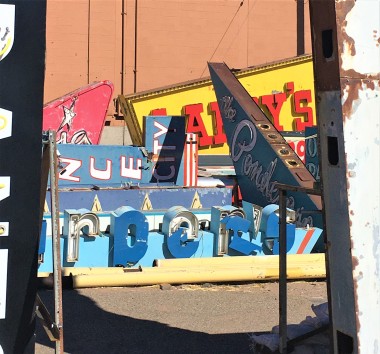 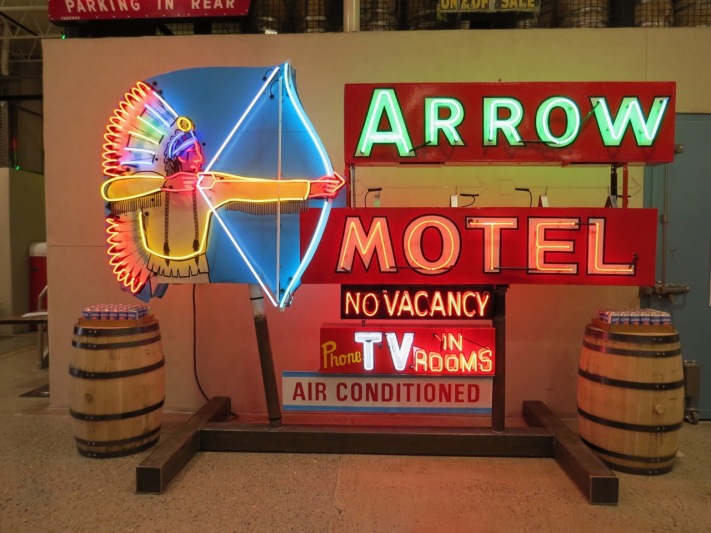 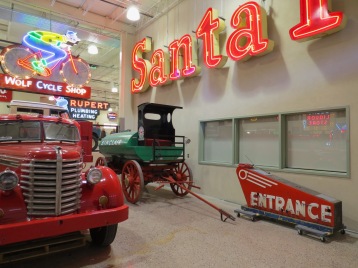 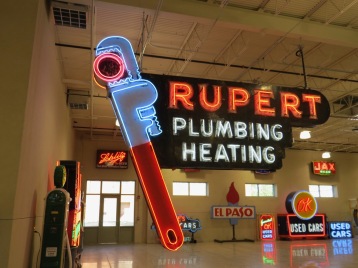 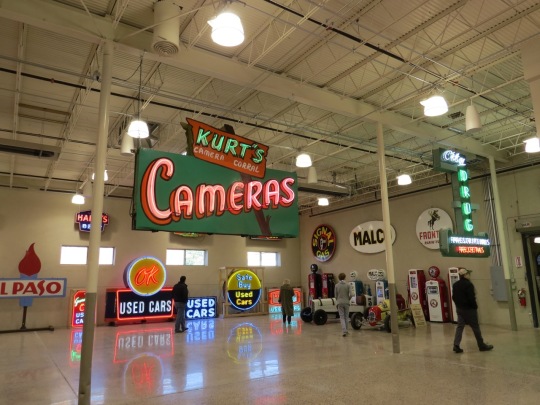 The Special Collections Library was renovated from the previous Main Library building and was completed in August 2012. It houses the Southwest and Albuquerque research collections. Aesthetic updates were made to the interior and exterior finishes. The Library is listed on the state and national historic registers and is an Albuquerque Landmark. Tour participants learned about the history of Albuquerque’s library system and the building’s original design and renovations.

The library is included in the Guide as part of the Huning Highland Historic District: https://nmarchitectureguide.org/2018/04/06/huning-heights-historic-district/ 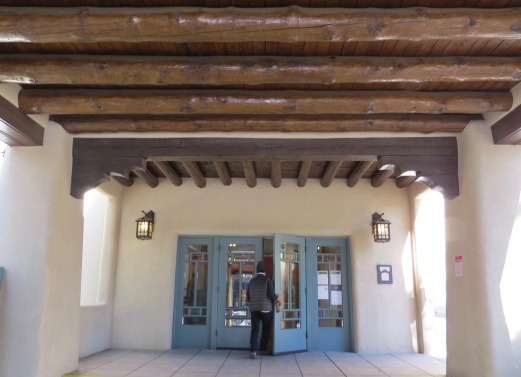 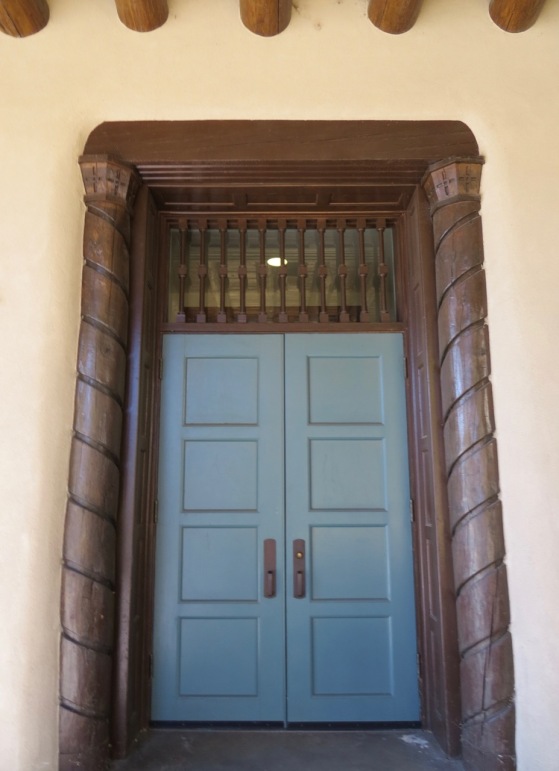 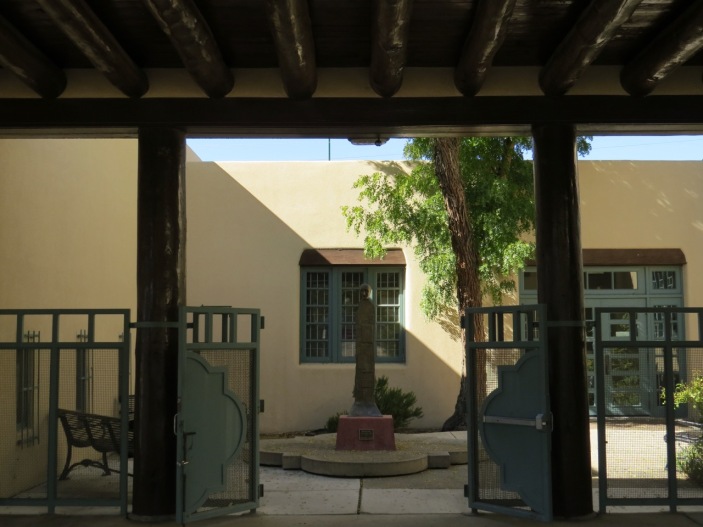 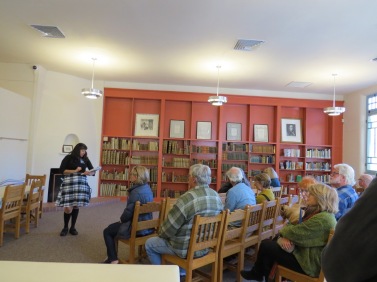 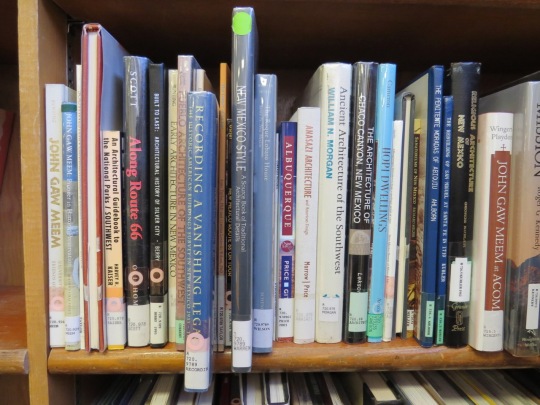 The Press Club started as a private residence designed by architect Charles Whittlesey and built as his family residence in 1903 on the western edge of the Huning Highland on top of the hill that overlooks the neighborhood. In 1901, Whittlesey came to Albuquerque to supervise the construction of the Alvarado Hotel as the chief architect for the Santa Fe Railroad. In 1902, in Albuquerque, Whittlesey designed the El Tovar hotel at the Grand Canyon. The Albuquerque Press Club purchased the Whittlesey House in the 1970s and has maintained the site to keep intact its historic character. 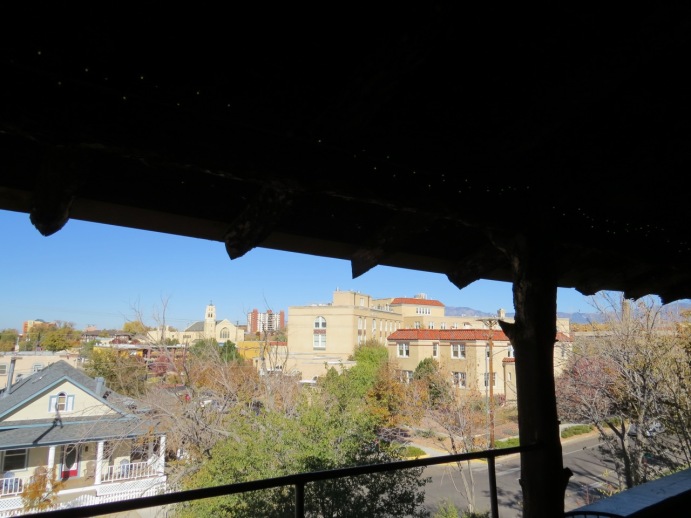 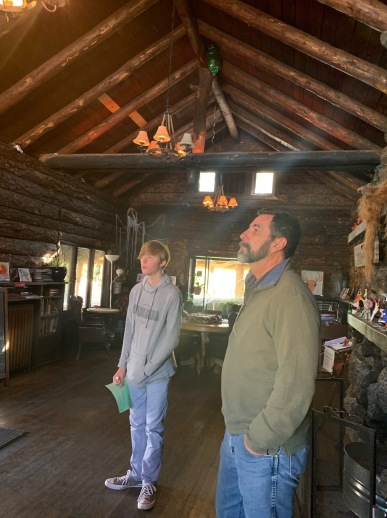 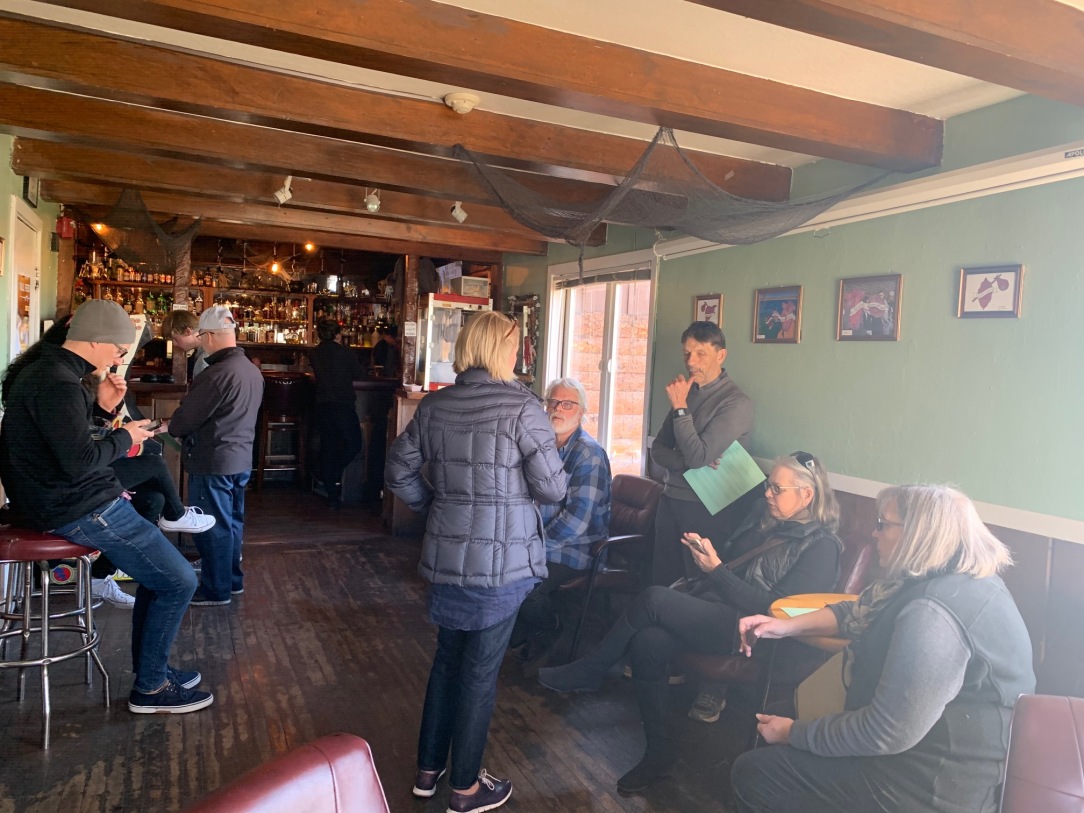