2018 NMAF Award Winner
For important historic buildings or sites that have had a lasting effect
in bringing together our community. 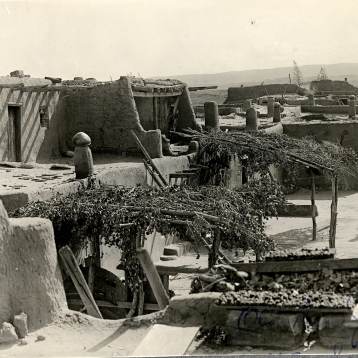 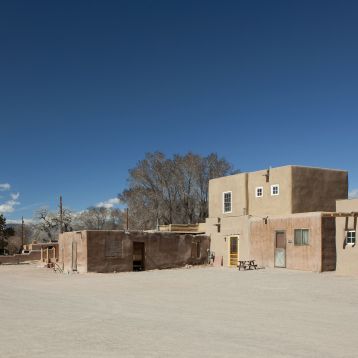 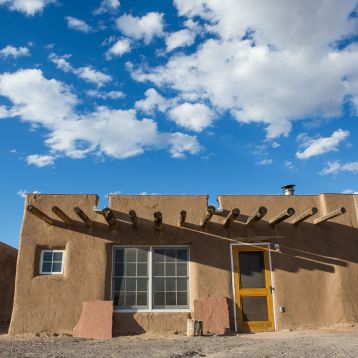 Ohkay Owingeh, one of 19 Pueblo Indian tribes in New Mexico, has been occupied for over 700 years. Owe’neh Bupingeh, the traditional village area, is comprised of four plazas that were once surrounded by several hundred homes. Sixty homes remain, more than half of which had been abandoned by 2005 due to extremely deteriorated conditions.

A preservation project began with a $7,500 grant from the New Mexico SHPO to train tribal students in preservation. This program has been leveraged into over $9million of planning and affordable housing funding.

Contribution to the Larger Place  The project is rooted in tribal leaders’ preservation philosophy, honoring both past and contemporary lives. The interiors balance the preservation of historic elements with the provision of contemporary amenities, and the exteriors are returned to a culturally appropriate appearance. Incompatible cement stucco was removed from the adobe and traditional earthen plasters were restored.

All homeowners were trained in earthen construction and over half of the work crew were tribal members. Tribal leaders from pueblos across the southwest have visited the project, as have dignitaries from China, Morocco, and New Zealand, to learn from this ground-breaking effort.

Significance to Constituents  Bupingeh is the setting for their traditional observances and is the spiritual center of their universe. Several times a year, the plazas are filled with people lined up against, and standing on, the dwellings to participate in the ceremonial dances. This project marks a significant step toward preserving the cultural heritage of Ohkay Owingeh through rehabilitating the traditional homes that serve to frame the ceremonial plazas.

The connected house-blocks of this traditional village formed a social structure that knitted the families and clans together. HUD developments of the 1970s built at the outskirts of the reservation consisted of single-family homes, which had a devastating impact on language and life-ways of the people. The rehabilitation of Owe’neh Bupingeh for low income families is one strand of a broad tribal effort to bring life back to bupingeh and strengthen their cultural traditions.

Existing Conditions  Prior to renovation, conditions of the dwellings ranged from ruins, to intact but abandoned structures, to fully equipped contemporary homes. The age of the homes is unknown and irrelevant – to Ohkay Owingeh, they have always been. Detailed inspections were made of each exterior and interior. Most of the dwellings were in poor, severe, or ruined condition. Since the construction of HUD homes began on the reservation in the 1970s, the historic core has slowly depopulated. Comparing the maps of building condition and inhabitation, Tribal Council committed to a goal of 100% inhabitation. For this community, vibrant life at the cultural heart of the village is more important than architectural conservation.

Research  A strict restoration was neither possible nor desirable. Nevertheless, it was necessary to understand the changes over the last 150 years. The earliest images show the pueblo at its greatest density and dwellings before doors were installed – the two story homes were still accessed via roof hatches. 400 historic photos helped the tribe identify an authentic vocabulary, distinct from other pueblos and the pueblo revival style. The Owe’neh Bupingeh Preservation Project aims to balance the preservation of the plazas with functional renovations of the homes, permitting contemporary life and cultural traditions to comfortably co-exist.

Success Just ten years ago fewer than half of the homes were occupied, now more than 85% are again full of life. The sounds of children running and laughing have returned. Several times a year the community comes together to re-plaster the homes in the traditional mud. The project also spawned several tribal-owned businesses and become an economic development engine in the community.

What began as an architectural renovation has blossomed into a cultural resurgence with collateral affect towards larger preservation efforts such as the Tewa language. 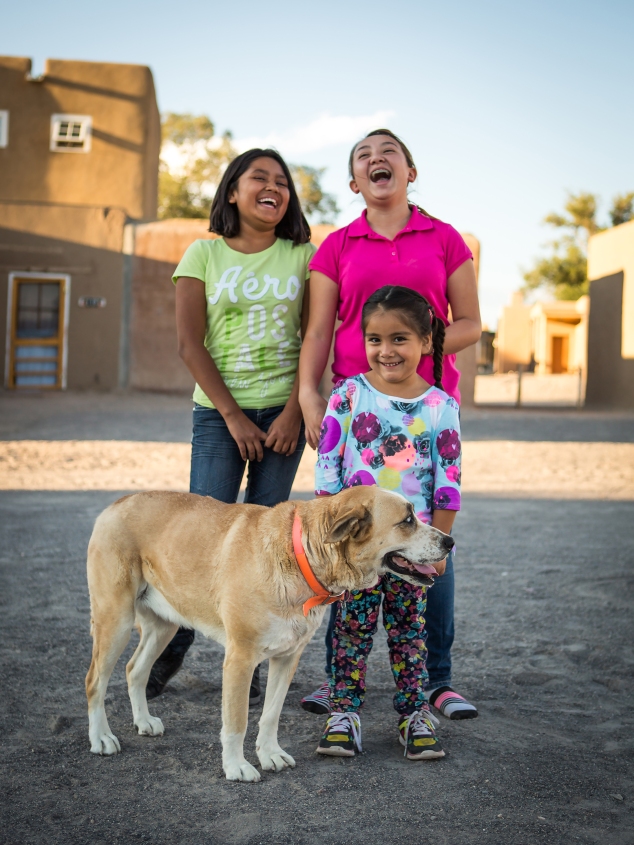 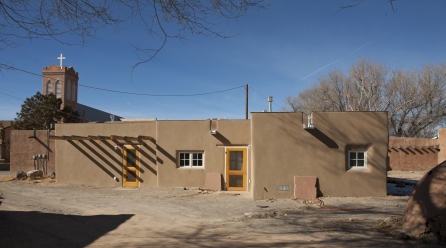 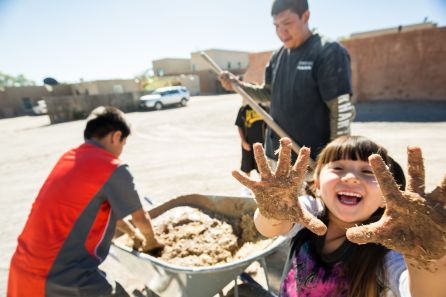 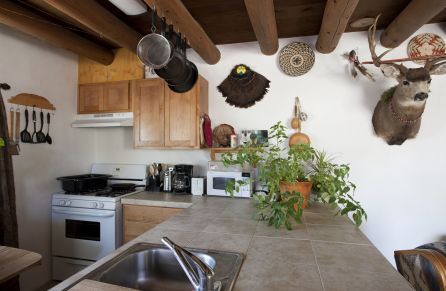 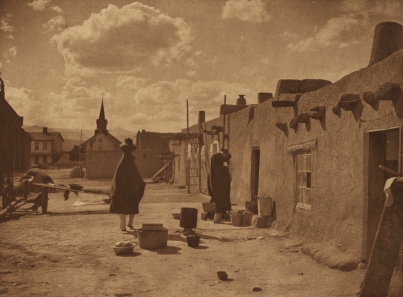 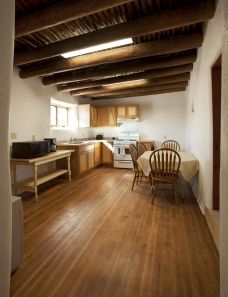 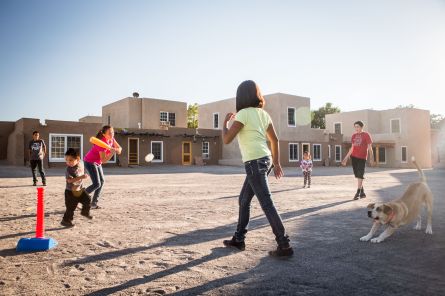 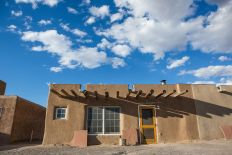 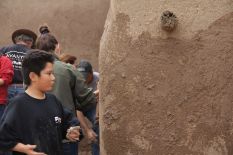 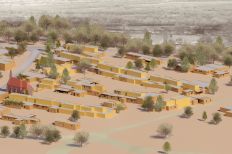