A $20 million mixed-use project is due to begin construction by the end of 2014 at 205 Silver SW on a vacant half-block. Dubbed the Imperial Building, it is born out of the City of Albuquerque’s Downtown 2010 Sector Development Plan that aims to revitalize downtown.

The purpose of the project is to create a high-density urban housing development with a mix of retail and arts and entertainment center.

A 12,000-square-foot grocery store will anchor the Imperial Building and serve downtown residents. In addition, the building will include three upper stories with 74 living units (both affordable and market rate), a parking garage concealed by the building, and other commercial tenants with traditional storefronts facing adjacent streets.

The building name honors The Imperial Laundry Company, which occupied the site for decades in the early 20th century.

The Imperial Building’s architect-of-record is Dekker/Perich/Sabatini. However, design consultant David Kim of Anderson-Kim Architecture (Chico, Calif.) drafted the original design, referencing some historic buildings of downtown Albuquerque. It employs classical elements of a distinctively treated base, an elongated midsection, and a simple frieze and cornice detail at the top. The spandrel design (between aligned windows on different stories) was inspired by tile ornamentation on the KiMo Theater. Other referenced buildings are the historic First National Bank Building, the Sunshine Theater, and the Albuquerque Hilton (now the Hotel Andaluz).

Rather than call attention to itself, the façade design aims to stand comfortably among existing downtown buildings and age gracefully as part of the existing architectural mix. Below are some of the design features that are planned:

Tile work from KiMo Theater is inspiration for the spandrel design.

Use of terra cotta tiles from the region 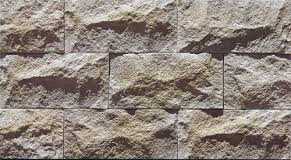 Use of stone vender from the region.

Aside from an intent to reduce commuting by its downtown residents, the Imperial Building has proposed energy conserving features in order to achieve Enterprise Green Communities certification. It will include limited glass area, a rainwater catchment system to sustain the street level and rooftop landscapes, a rooftop garden to support urban agriculture and collection system for fugitive and nuisance flows, and other green infrastructure.

The rooftop gardens will act as an urban farm and training center managed by Downtown’s Veteran Farmer Project, with the help of Amy Biehl High School students and willing Imperial Building residents.

Private developer Geltmore LLC and YES Housing, Inc., a non-profit housing developer, created a partnership to bring this project to downtown Albuquerque. YES Housing, as the owner, was awarded low-income housing tax credits from the New Mexico Mortgage Finance Authority to fund the development. YES Housing will own and lease the housing and parking garage portion of the project and Geltmore will own and lease the ground floor commercial spaces and grocery store.